Ethical Practices and Communicating Effectively: The Subject of SEX

View Demo Save for Later Register  Add to Cart » 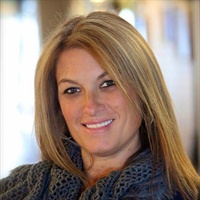 Dr. Cindy M. Howard is a Board-Certified Chiropractic Internist and Nutritionist in private practice in Chicago, Illinois and holds a license in the state of Florida. She speaks Nationally, presenting on topics including Pre and Post-Concussion Nutrition, Neuro-adrenal dysfunction and Infection in sport, Male and Female pelvic disorders, Pediatrics, Immunology, GI disorders, Endocrinology, Nutritional Blood analysis interpretation and Genetics.

She is also the owner of DC consulting and Advance Education assisting private practices. She loves to help doctors to improve their communication with patients, increase compliance and build a better functional medicine or nutritional practice.

For the last 8 years she has served as the Illinois delegate for the American Chiropractic society and as the alternate for 6 years prior to that. Serving the ACA she has served on the membership, professional development, guidelines, bylaws and grievance committees. She was the recipient of the Flynn/Lynch award in 2015 for outstanding service. She is also a founding member of the ACA Women’s health council.

She is a past president of the ACA Council on Diagnosis and Internal Disorders and currently serves as the Vice President of the College of Pharmacology and Toxicology. She also serves on the medical advisory board for the Functional Medicine University, serves as a board member for Before the Hit and is an associate editor of The Original Internist.

Locally Dr. Howard serves as a board member for the Frankfort Falcons Youth football organization, the concussion oversight team for the local school district and is the team chiropractor for Dreamz Elite competitive cheer and the local wrestling club.

Dr. Jay S. Greenstein is a Maryland native. He received his undergraduate degree from the University of Maryland, his Doctor of Chiropractic degree from the National College of Chiropractic and earned his post-graduate degree in Sports Chiropractic at the Logan College of Chiropractic. In addition to maintaining his private practice as CEO of Kaizo Health and KaizoX, he is the founder and President of the Kaizo Clinical Research Institute. The entities were formerly known as Sport and Spine Rehab, Sport and Spine Athletics, and the Sport and Spine Clinical Research Foundation prior to a rebrand in 2018. Dr. Greenstein is also the founder and CEO of Kaizenovate® Advisors, a leading-edge firm to help doctors and a wide variety of companies to improve their organizational performance. Dr. Jay coaches businesses on Six Sigma, leadership, and the Chiropractic

Entrepreneur Framework® (CEF). He is also the founder and CEO of Kaizenovate Tech, a mobile app development platform dedicated to improving clinical outcomes and financial performance in healthcare practices.

He has served as the past Insurance Chairman and Public Relations Chairman for the Unified VCA and past Insurance Chairman for the Maryland Chiropractic Association. Dr. Greenstein was selected to represent both state associations on the United Healthcare/OptumHealth Chiropractic Professional Advisory Committee. He was also selected to represent both state associations on the professional advisory for American Specialty Health Network, the third-party administrator for specific Aetna and Cigna chiropractic benefit plans. Since 2010, he has served on the Council on Chiropractic Guidelines and Practice Parameters as the Vice Chairman, and in 2016 was elected Chairman. He also represents CCGPP on the Chiropractic Summit, where he is Chairman of the Government Relations Committee. The GR committee works on policy issues to ensure chiropractic access with healthcare reform taking place at the state and national level. In 2017, he was selected as Chairman for the World Olympic Scholarship Program (WOSP) by the Federation of the International Chiropractic in Sports (FICS). In 2012, he was selected to the state of Maryland Governor’s Office for Healthcare Reform Essential Benefits Advisory Committee. In 2012, Dr. Greenstein was elected as President of the East Coast Associations Independent Physician Network. In 2020, Dr. Greenstein was asked to serve on the Future of Chiropractic Strategic Plan Task force and is currently the Chairman of the ChiroTech Consortium.

In 2007, Kaizo Health was the first multi-location practice in the entire country that was recognized by the National Committee on Quality Assurance’s Back Pain Recognition Program (BPRP). In 2008, Kaizo Health practices were the first privately run Performance Health Centers of Excellence in the US. In 2009, DrScore.com, the nation’s largest online patient satisfaction database, named Kaizo Health’s “America’s Most Loved Practices” as the top seven doctors in the country in patient satisfaction. In 2011, Kaizo Health was named to the Inc 5000 list as one of the fastest growing private US companies. In 2012, Dr. Greenstein was recognized by SmartCEO Magazine by winning their 2012 Technology Implementer Award. In 2013, he was named a “Top Chiropractor” by Northern Virginia Magazine. Also in 2013, he was named “Person of the Year” by the Council on Chiropractic Guidelines and Practice Parameters (CCGPP).

This experience provides him with unique insight as he consults on the importance of evidence-based care, presenting the right message to the public and ensuring optimal and efficient operations to effect expedient payment for services. In addition to taking post graduate courses at the University of Pennsylvania’s Wharton Business Schools, he is trained as a Green Belt in Six Sigma Quality Assurance Management. Dr. Greenstein sits on multiple community and business advisory boards in healthcare, banking and information technology. Dr. Greenstein lectures worldwide on topics of sports chiropractic, rehabilitation, business development, and personal and professional growth. He has been a television media guest for Washington DC affiliates, ABC, FOX and CBS.

Dr. Greenstein’s clinical philosophy is to utilize evidence-based treatment plans founded on science, and care for patients compassionately utilizing a variety of Chiropractic, Physical Therapy and Rehabilitative techniques which will eliminate symptoms and improve overall function of the human body. Dr. Greenstein also believes strongly in patient education and empowering patients to improve the quality of their lives, because patients, who know more about their conditions, stay healthier. Dr. Greenstein’s business philosophy is founded in the tenets of Jim Collins, Daniel Pink, and Gary Hamel – Be a level 5 leader; hire, train, engage and develop the very best people, and reward them accordingly and provide an environment of autonomy, mastery and purpose.

Dr. Greenstein’s companies have a strong social conscience and have been a DC region sponsor for the Avon Walk for Breast Cancer, the Leukemia and Lymphoma Society Team in Training Program, Lucky Dog Animal Rescue, The Patriot Project, and Back on My Feet. 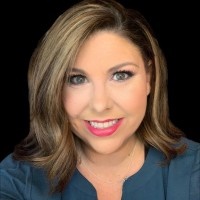 Kristi is from central Mississippi, where she also began her journey into the chiropractic profession. In 2010, Kristi began working as the personal assistant to Dr. Ray Foxworth, president and founder of ChiroHealthUSA. She very quickly learned her passion for chiropractic. With her constant desire to learn more and to contribute, she developed what is now one of the largest webinar series within the profession. In 2016, Kristi took on the additional role of Administrator of the ChiroHealthUSA Foxworth Family Scholarship. The scholarship awards one chiropractic student $10,000 for tuition, $5,000 cash and their school receives a $10,000 donation.

Kristi has presented for a number of chiropractic state associations, ChiroCode, ChiroHealthUSA, ChiroTouch Software, and more. She has also written a number of articles on the topics of billing, collections, staff training and compliance. Kristi continues to learn and serve the chiropractic profession and has received professional certification as a Certified Professional Compliance Officer (CPCO). 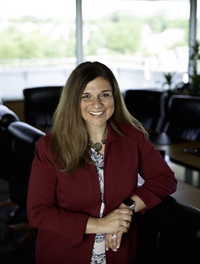 She has been actively involved in research related to pelvic pain in females and has authored both clinical and educational articles on this topic and others. Her practice and research focuses include chronic pain in the female population, lower extremity amputees and gait, and integrative collaborative practice.

For many years Dr. Petrocco-Napuli has focused on the integration of practitioners in the patient centered model of care and evaluating methods of effectively working on a team of healthcare professionals. This interest began many years ago while on an internship at the Camp Lejeune Naval Hospital Chiropractic Clinic and has been reinforced by her involvement on multiple grant projects regarding the training of healthcare providers in inter-collaborative care.

As an educator on a variety of topics related to chiropractic practice and enjoys meeting practitioners from around the world.